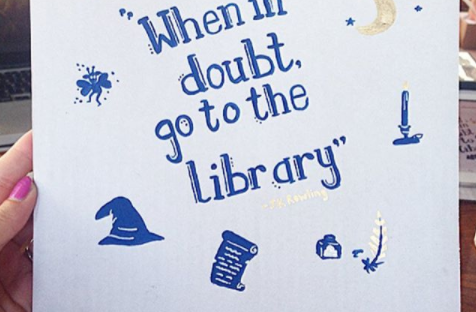 My first real classroom, and class, was all boys and 2 girls. It was first block. For the first time in all of my field experience, student teaching, and subbing- I had no control. My classroom management was in shambles. My co-teacher and I were at a loss. I started with this group midway through the first marking period. After meeting with my co-teacher and learning support lead, we came up with a plan, and I ran with it. I had always known I would be doing a Harry Potter themed classroom. Now it was time to implement that concept, and incorporate classroom management along with it. I was determined- “I WILL HAVE ORDER!”- Most hated character of all time.

Each student got a copy of the “rules,”- ways to lose and gain points for their house. I used a randomized group creator to create each house as fairly and evenly as possible.I 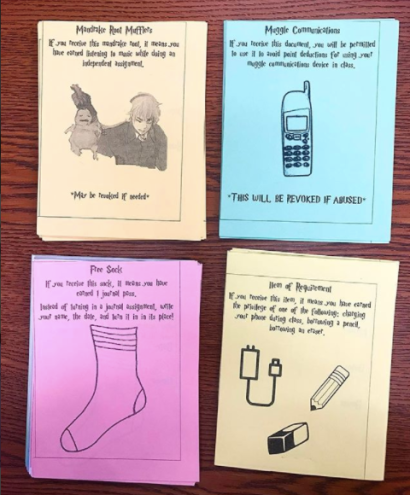 had a clip board with everyone’s name, by house, and all of the ways to gain/earn points at the top. Each class I would use the clip board to keep track of points with tally marks. Students never saw these charts, but could usually guess that if the one kid in their house wouldn’t stop talking, that they were losing points. At the end of the week, if every househad a certain number of points, we would watch a movie for half of the block; otherwise we did work. The winning house for the week would get the option of choosing a rewards coupon as well. At the end of the semester, the house with the most overall points got donuts.

I have a great friend who is rather artistic and helped me create the house posters. 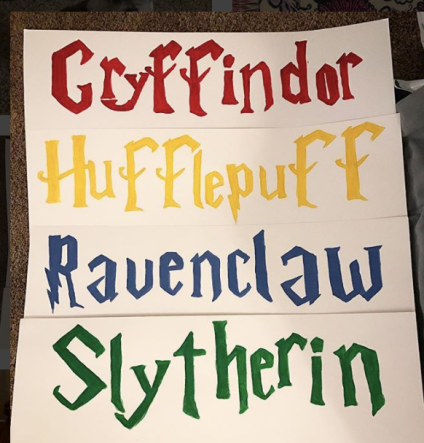 I was able to find stag fabric at JoAnn Fabrics. Actual Harry Potter fabric is usually fairly expensive since it is licensed. This generic fabric was on point and fit the theme perfectly. I used it to cover the bulletin boards around the classroom. 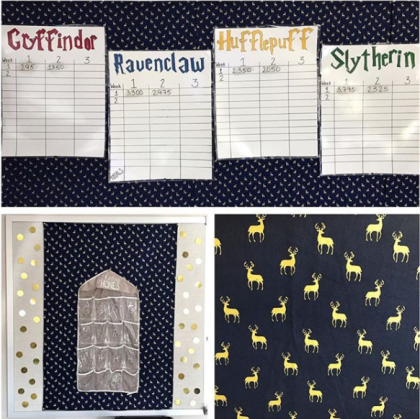 One of the most frequently praised parts of my classroom was “Azkeban.” I found a cheap hanging organizer and labeled each row one of the four houses. At the beginning of each block, students could turn in their cell phones for 200pts/piece. They could retrieve it at the end of class. This single move nearly eliminated my cell phone issue and changed the dynamic of my entire class. 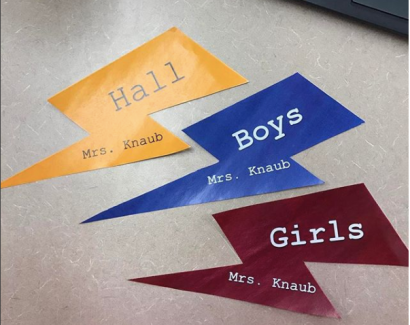 Of course every classroom must have hall passes! These did have Harry Potter fonts on them, but when printed, it changed. I’m sure you can still grasp the lightning bolt and color references though!

Poking around the classroom were plenty of other little details. HP quotes, movie posters, glasses, my wizard hat… 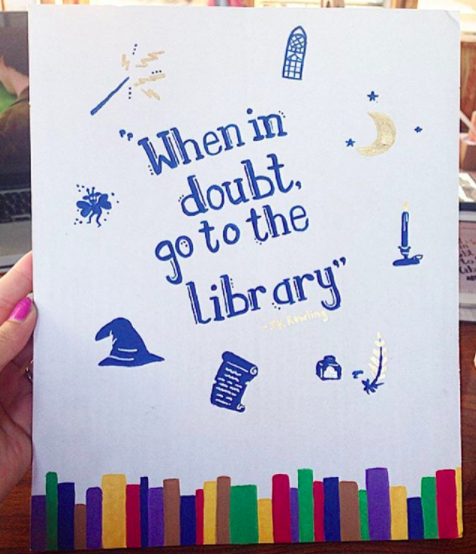 We would frequently listen to “Harry Potter” mixes on Ambient-Mixer  while working on independent projects, especially since more often than not, they were not allowed to listen to music/use their phones while working! It was a fun way to include background noise without being overly distracting. It was one more way to “reward” them by letting them choose what kind of sounds they would get to hear while doing work. 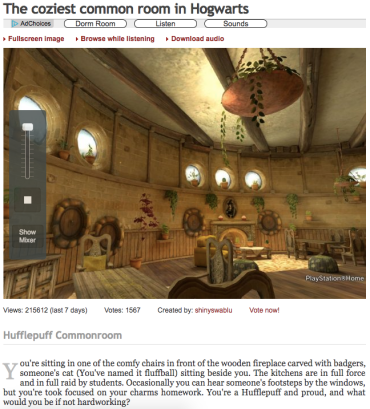 As a Hufflepuff, the common room is obviously my personal favorite.

Downloads of the class rules, and the rewards coupons can be found HERE. Overall, the Harry Potter classroom was a relatable concept. Most of my students had minimally seen the movies and could appreciate many of the finer details. It is amazing how the motivation for some donuts can completely change the workings of a classroom. A lot of teachers, especially in secondary, give up on “fun” or don’t necessarily decorate their classrooms. It’s important to remember that although in high school, these students are still “kids,” and the effort put forth to make the classroom an inviting place can make a huge impact on their learning. Happy classroom management and planning!

Wife.Mom.Teacher Just trying to figure out how to balance it all with love, laughter, and the strength of the Lord backing me up! View all posts by Anna Knaub